Blog: Transforming Toxic Hot Spots with Justice at the Center

The City of Minneapolis held its first official Green Zones Working Group in April, with a stated commitment to be guided by community members that would identify solutions to the worst pollution in Minneapolis. For the past four years, community activists have been pushing for a Green Zones policy in the city of Minneapolis that would begin to transform hotspots of pollution in the city into healthy, sustainable neighborhoods. The Green Zones framework was first inserted into the Minneapolis Climate Action Plan (MCAP) by the MCAP’s Environmental Justice Working Group, with environmental justice activists diligently working to ensure it stayed a city priority (read a history of Green Zones in Minneapolis). Finally, last month, following the adoption of a Green Zones City Council Resolution, the City of Minneapolis held its first official green zones inter-agency working group meeting to begin to formulate a Green Zones plan for the city’s most polluted neighborhoods. The Green Zones Working Group is tasked with developing recommendations, criteria and metrics regarding potential Green Zone priority areas.

This comes at the same time as the Los Angeles City Council unanimously passed a transformational green zones policy, known as Clean Up Green Up, which is seen as a model for similar work in Minneapolis. Environmental justice organizations in Los Angeles have been at the forefront of developing and articulating the policy, which put forward special land use restrictions in L.A.’s most polluted neighborhoods. It also established a city ombudsperson on Green Zones to help businesses navigate incentives and the new measures. The policy came after 5 years of community activism where, according to the Los Angeles Times, community residents, “…found a slew of problems that were not being addressed by current government regulations, which typically look at individual facilities with little consideration of the collective effect of multiple pollution sources.” 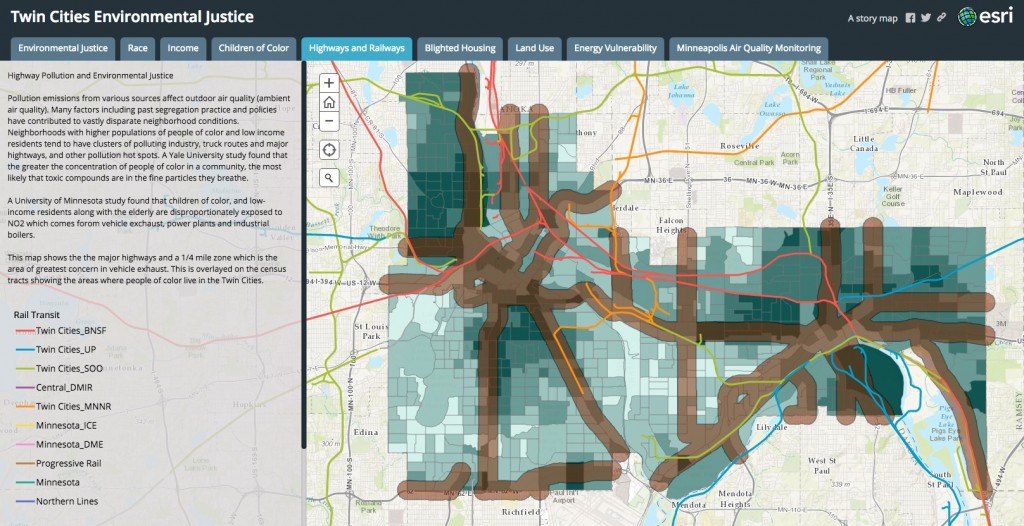 In Minneapolis, it’s clear that environmental pollution and its geographic distribution is resulting in disproportionate and cumulative health impacts in Indigenous, low income and communities of color. As understood through community experiences and confirmed in numerous studies, pollution and its health impacts are not experienced equally across geography and demographics in the city:

The Center for Earth, Energy and Democracy has been working collaboratively with the Minneapolis Green Zones HIA Steering Committee for the past year and a half on building the community-based and integrated research around rectifying this issue of environmental health, utilizing a Green Zones model. In the course of the next year, this work will be identifying policy recommendations on Green Zones in Minneapolis – based on a community vision of what it means to live, work and play in a safe and healthy neighborhood.

The City should reflect on how green zones are defined to reflect community definitions of health and how to organize the city resources toward a place based strategy. In the face of climate change, putting in place green zone policies can work to immediately improve health, while also building long term community resiliency. The recommendations developed will hopefully be integrated into the city’s comprehensive planning process moving forward, and push Minneapolis to address the lessons learned from Portland and Seattle, where sustainability policies resulted in displacing residents of color that lived in the neighborhoods. 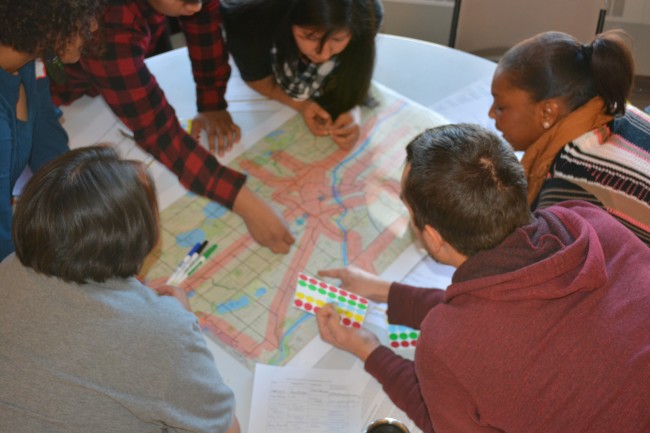 There must be a commitment to economic and development policies that ensure that low income and communities of color that currently reside in more polluted areas of Minneapolis, benefit from the sustainability investments. Safeguards must be researched and put in place to concretely counter against gentrification and displacement. The City of Minneapolis, with its racial equity goals, must commit to a strong ethic on community decision-making and accountability that goes beyond the traditional mechanisms of “community engagement”.

Ensuring that residents stay in place and that the community’s definitions of sustainable and healthy are central to the green zones development in the city, is what makes this an environmental justice policy. A healthy community cannot just be the right of wealthier communities, but must be a right for all communities. The green zones policy development in Minneapolis must take this opportunity to model a new way forward for sustainability policy – one that is in both word and practice, process and deployment, keeping the most effected people and environmental justice at its center.

— Shalini Gupta is the Executive Director at the Center for Earth, Energy and Democracy (CEED), an environmental justice policy and movement education organization based in Minneapolis, Minnesota. www.ceed.org