The Environmental Justice Working Group to the 2013 Minneapolis Climate Action Plan (MCAP) successfully placed the California Green Zones model as a key strategy for achieving racial and economic justice in the city’s climate plan. The EJ working group had to organize for 9 months to get included into the city’s climate planning process, which had little to no representation from the most impacted communities in a city that is nearly 50% people of color and high disparities in environmental amenities among neighborhoods. The MCAP Environmental Justice Working Group worked to make sure health co-benefits were included and that Indigenous, low-income and communities of color would benefit. Thanks to the work of the EJ working group, facilitated by CEED, the Minneapolis climate plan was broadly accepted by the City Council with a mandate on equity policies, and was one of the first climate plans in the Midwest to address racial, social and economic disparities in housing, transportation and waste planning.

“The Green Zone Initiative will create a city designation for neighborhoods, or clusters of neighborhoods that face the cumulative impacts of environmental, social, political and economic vulnerability. Green Zones are an environmental and economic development tool that targets new green infrastructure and retrofits for a specific area, in a comprehensive manner. Minneapolis Green Zones could correspond with targeted housing and commercial retrofit campaigns, to increase energy efficiency or boos renewable energy installation. Green Zone designated neighborhoods may be better positioned to access benefits offered by the city as well as state and federal agencies, ranging from targeted pollution reduction, to increased funding opportunities.” (Minneapolis Climate Action Plan, p. 15)

Following this effort, for the first time in its history, the Minneapolis Community Environmental Advisory Commission (CEAC) having multiple representatives from overburdened communities, submitted its official recommendation letter recommending the City Council and Mayor acknowledge persistent environmental health inequality in Minneapolis and move toward a comprehensive Green Zones policy development process. The recommendation in February 2014 fell on the 20th anniversary of the Federal Executive Order on Environmental Justice. In March 2014, with continued pressure from community groups, the City Council put Green Zones in their Minneapolis Climate Action Plan Two-year (2014-2015) Priorities.

In 2014, the Minneapolis Energy Pathways Study, which was the basis for the City’s Clean Energy Partnership with Xcel Energy and Center Point Energy, again outlined Green Zones as a key strategy to achieving racial and economic equity in its plans for energy sustainability and climate solutions:

“Communities identified as Green Zones, after an extensive screening process, may collaborate with the City and partners to create a community-based vision for improved sustainability and environmental justice. This may include working with the City planning office in devising a plan and goals, allocating funds or staff to support such a program, or connecting targeted communities with programs that will train and employ local residents to do the work that is needed.” (p. 24 and A-81)

Read the CEAC letter to the City of Minneapolis on Environmental Justice.

In February 2016, the Minneapolis City Council created a Green Zones Workgroup comprised of city staff, community residents, business owners, and other participants led by the City Coordinator’s Office, including Sustainability and Equity and Inclusion staff, in conjunction with relevant City staff and external partners.

The Workgroup is tasked to review data including environmental issues, race and income, and draft recommendations for Green Zone designation criteria, goals and metrics for progress, and strategies aimed at improving health and supporting economic development within Minneapolis Green Zones. The Workgroup shall present its recommendations to Council for approval no later than fourth quarter 2016.

Find information from the City of Minneapolis Green Zones Workgroup at the City’s webpage. 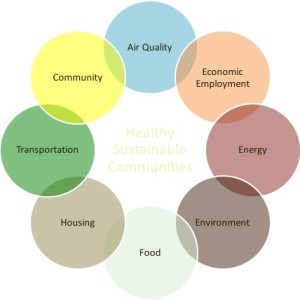 In 2015, a Minnesota Department of Health partnership with community groups in the Phillips neighborhood resulted in a year long process for the development of Health Impact Assessment on Green Zones. This Green Zones HIA Steering Committee, which includes Isuroon, Hope Community, Waite House, Land Stewardship Project, CEED, and Nexus Community Partners, has been trying to change institutional understanding of Green Zones as a community centered policy, and sponsored trainings of Minneapolis residents in overburdened communities conducted by CEED and that brought in expertise from California and their Los Angeles Green Zones policy development efforts.

Read more in the Green Zones in Minneapolis Factsheet.